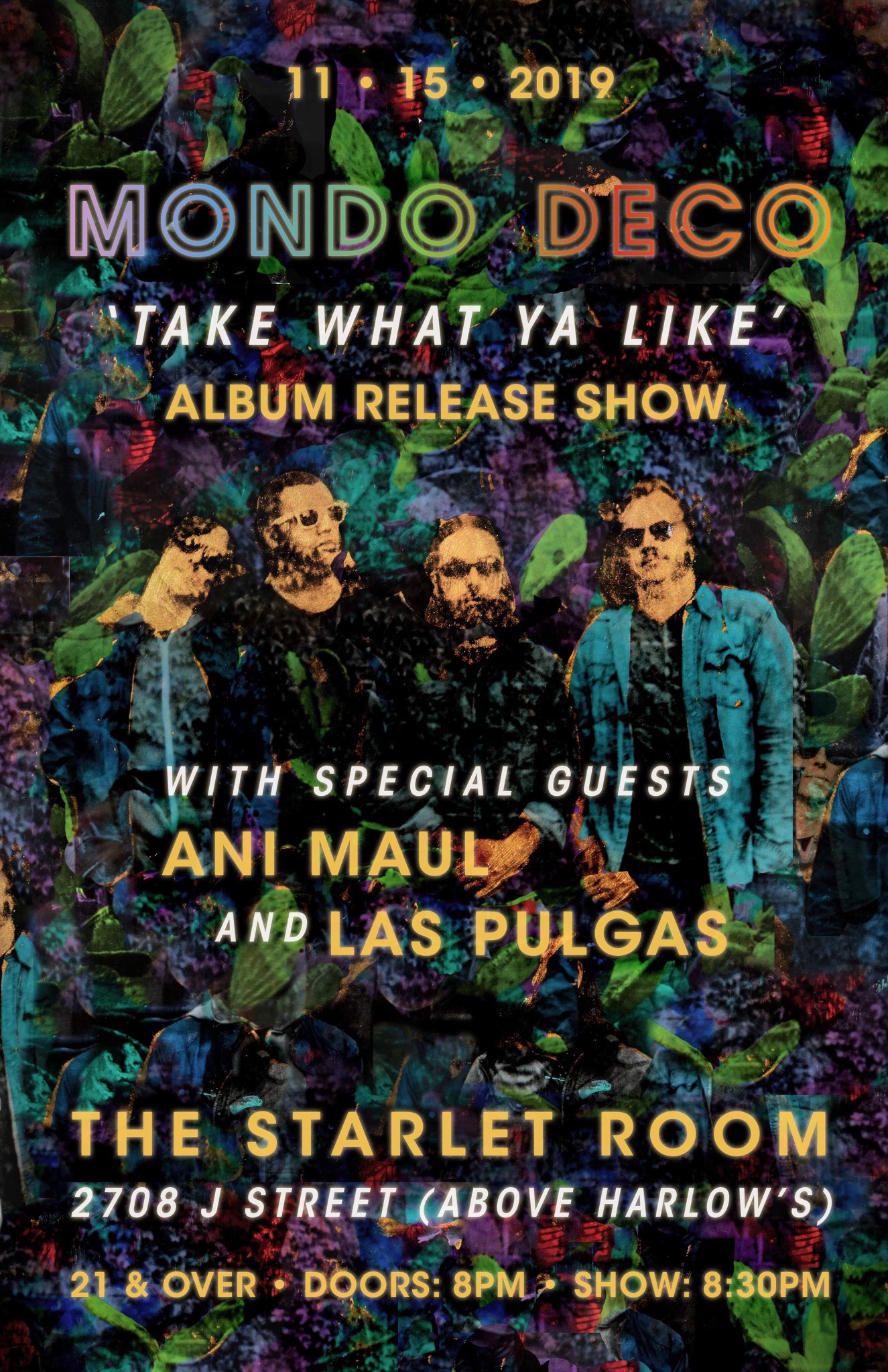 "The glam-rock movement of the early '70s (T.Rex, Mott the Hoople, David Bowie) was brief, but liberating. No one looked twice at bands' flamboyant vocal shrills, monster guitar solos, meaty boogie-woogie riffs and overall theatrics-it was deliberately tongue-in-cheek. While Mondo Deco lacks the gender-bending elements of this era (the group wears nice retro suits), it does breathe new life into this short-lived scene, drawing attention to significant R&B influences that got less attention, but were equally important to early glam rock. Nowadays, every rock band and their mothers pull heavily from soul music. Glam rockers did it first. Mondo Deco is doing it too." -Aaron Carnes (Sacramento News & Review)

"Mondo Deco is fun. I can’t believe it took me this long to go see them. Everything about them makes your body move, clap and absolutely scream rock and roll. They fall somewhere between a 1960s pop band and 1980s garage rock. Redd Kross’s influence is strong, as well as the New York Dolls, however, they hold their own by mixing in a little funk.

The band played late Friday night at Old Ironsides, starting at midnight, to an eager crowd. The minute they hit the stage the crowd responded instantly by clapping along and moving their bodies to the grimy guitar and heavy drums. Lead singer, Jereme Greene’s voice is like a soft scream backed up with perfect harmonies, strong guitar and drums that demand your attention. The crowd was not at all shy with their dance moves and neither was the band. The entire venue was full of movement and energy.

Mondo Deco feels a little dirty, like you have discovered something you are not supposed in a seedy club. They are raw and real and even a bit extreme, however they have my attention. It is a fantastic to stumble upon something so different and still so familiar. The world could use a little more rough tension to their rock and roll. So go see Mondo Deco, because they are good." -Melissa Uroff (Tube Magazine)