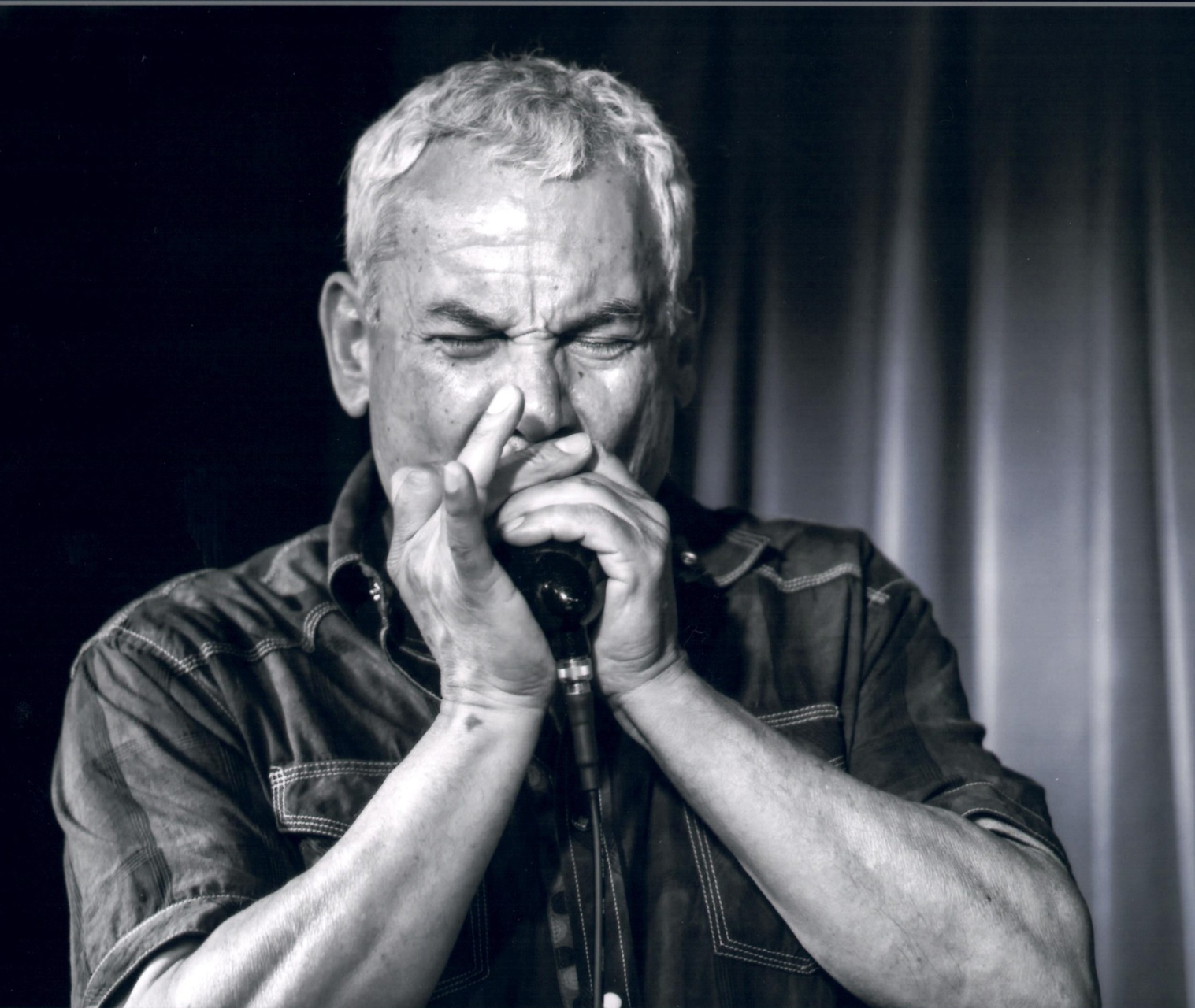 From Living Blues Magazine: "Santa Cruz, California–based singer, harmonica blower, guitarist, bandleader, songwriter and interpreter of other people’s songs—has crafted a real winner with his fourth CD in 24 years, Watch Your Step!, a collection of 13 terrific tunes that should launch him far beyond being a little-known legend on his home turf into national blues notoriety. Santana is a commanding, fat-toned harmonica player in the George Smith tradition and a tough guitarist whose staccato approach brings to mind such Texas pickers as Gatemouth Brown and Johnny “Guitar” Watson. And as guitarist Rusty Zinn (one time Santana sideman who produced three of the album’s tracks) observes in his booklet notes, “His vocals totally lack affectation, but are soulfully sincere.”

Unlike so many current harmonica-led blues combos that are heavily influenced by Chicago blues, Santana delves deeply into 1950s blues and especially early R&B and rock ’n’ roll, particularly of the New Orleans variety, for the songs and the styles in which they’re performed. His outstanding renditions of vintage material include "Playgirl" and "Go On Fool" (both penned by Dave Bartholomew and originally recorded by Smiley Lewis), Carol Fran’s "Knock Knock," Bobby Parker’s "Watch Your Step," Z.Z. Hill’s "One Way Love Affair," Sir Mack Rice’s" Love Sickness," Chuck Willis’ "Can’t You See" and Al Brown and the Tunetoppers’ "Take Me Back." Not only does Santana pick great tunes, but he writes ’em, too. The strongest of his four originals is "You Smell Like Cookies," on which the composer sings: “You smell like cookies / I wanna dip you in my glass / You make me so hungry / I know I just can’t last” over a relaxed shuffle beat anchored by Robi Bean’s drums. Kid Andersen, who co-produced most of the album with Santana, surrounds the leader with some of the best blues guitar players in northern California. Besides Andersen himself, they include Anthony Paule, Mike Schermer and Bob Welsh. Andersen makes particularly imaginative use of baritone guitar on three selections. Bean, June Core and onetime Little Richard sideman D’Mar take turns behind the traps, and a rotating cast of bassists, keyboardists, horn blowers and background vocalists also play musical chairs, helping to make Watch Your Step! One of the most listenable and boldly authentic sets of old-time R&B sounds to have hit the streets in recent memory. —Lee Hildebrand