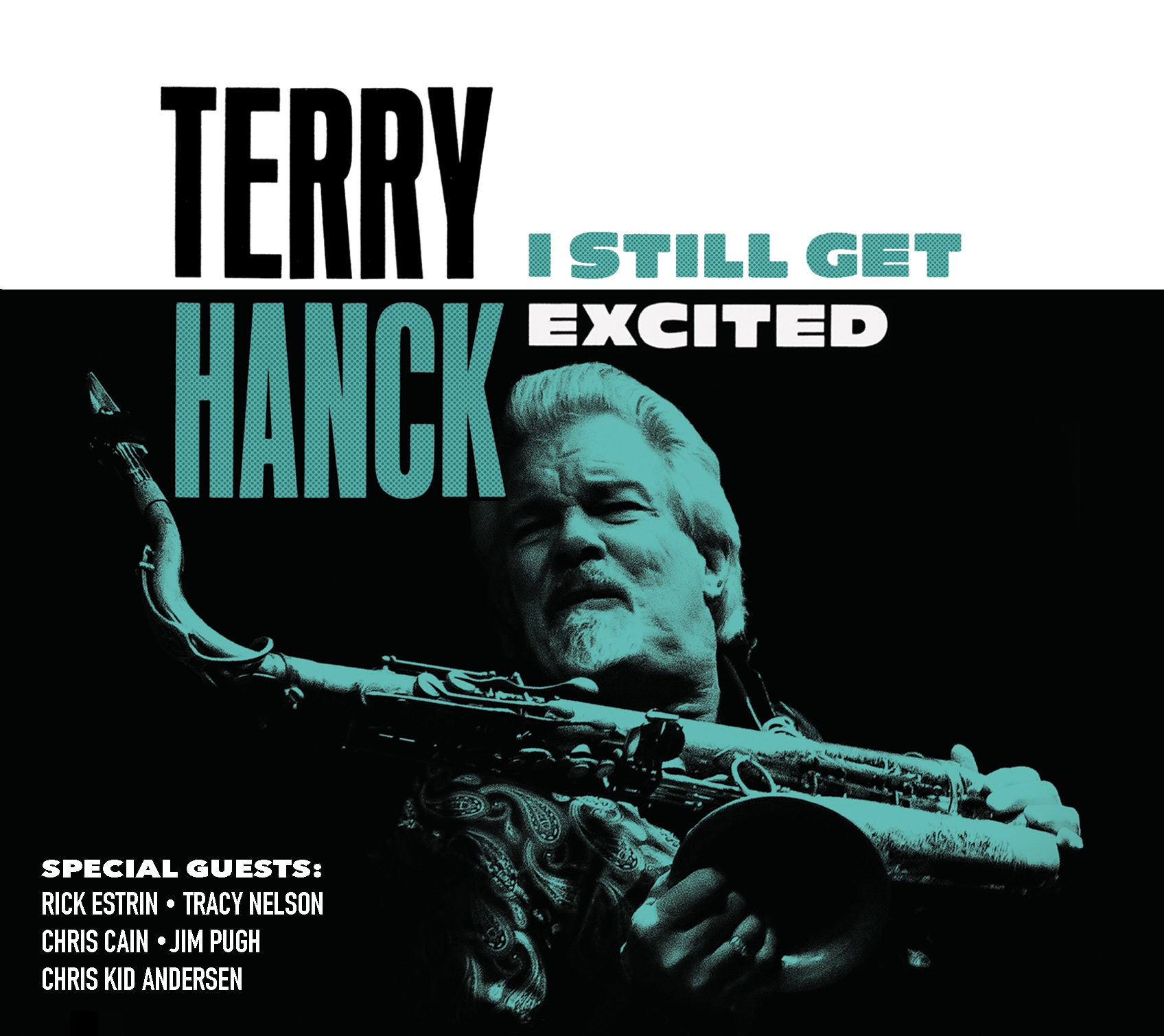 “An unreconstructed bad ass to the bone, Hanck is still piling on the awards ... I hope his mantle is strong enough to hold all the awards coming his way for a long time to come. Killer stuff that knows no end of good times." - Chris Spector, Midwest Record

"Terry's one of the few songwriters around today who can make me think, "Damn, why didn't I think of that?!?" -Rick Estrin (Rick Estrin & The Nightcats)

"His fiery reed work, beautiful tone and effortless, inventive melodies make for thoroughly enjoyable listening....his voice is a marvel. He can make it growl, ache, croon, moan and tease, and then some. It is a superb instrument in its own right." - Joseph Jordan, Golden Gate Blues News (SF)

Three-time Blues Music Award winner, Terry Hanck is in the modern pantheon of tenor sax greats. His sound is at the nexus of classic New Orleans R&B, Chicago blues and soul, West Coast honk and Memphis rock and roll. The guy has a voice that still make women swoon. His lyrics are ranked among the best in his idiom, just ask fellow writer Rick Estrin! With his brand new July 2019 release, I STILL GET EXCITED (TVR/Vizztone Music Group)Terry brings together his stellar band and special guests for one of the best albums of his long career. Terry’s five originals stand shoulder-to-shoulder with some of his hand-picked favorites by Louis Jordan, Sam “Lightning” Hopkins, Bobby Charles, Eddie “Cleanhead” Vinson and Howling Wolf.

Terry Hanck has always proved that sax and soul are still the rage. He won the 2017 Blues Music Award for “BEST HORN” in Memphis. He swept both the Blues Music Awards and the Living Blues Award for “Best Horn” in 2016. In May of 2014, won the ISC Award (International Songwriting Competition) in the BLUES Category for his powerful soul ballad “I Keep On Holding On.”!

With his solid sender bandmates, Terry has never lost his unbridled enthusiasm and fearless youth---in his playing, singing, songwriting or his warm personality. He has travelled from his hometown of Chicago to Southern California to the Bay Area and finally to the southeast coast of Florida; from the 1960s Berkeley-based Grayson Street Houserockers to ten swell years with the great Elvin Bishop. He has led his own band for over 28 years, creating classic songs that ache with yearning, explode with joy and keep the young and the young at heart on dance floors across America and around the world.