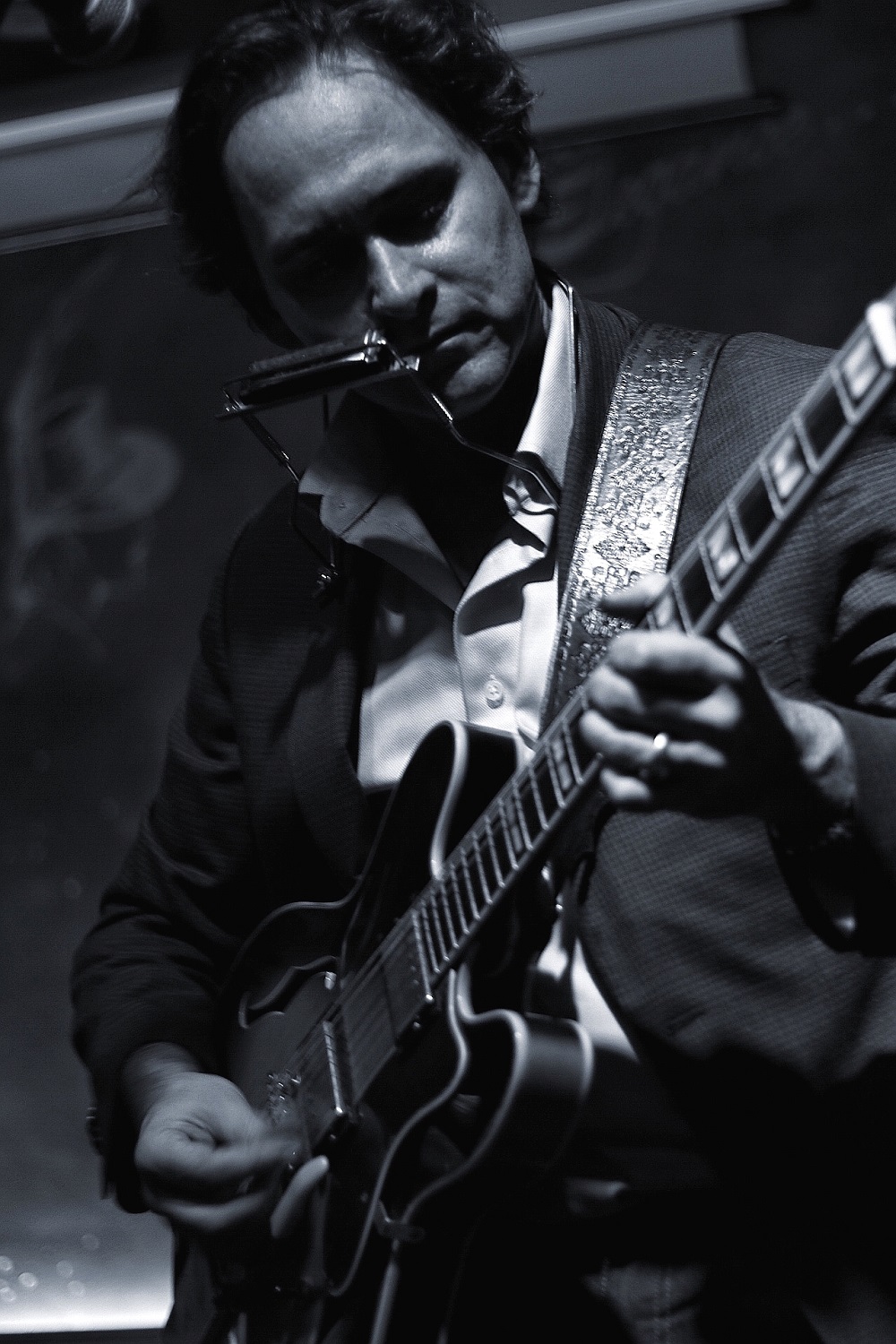 Rockin' Johnny is one of the hardest touring Chicago blues artists, working today, performing up to 250 nights a year internationally. He served his apprenticeship on the West Side of Chicago with blues artists such as Taildragger, and on the road nationwide with Howlin' Wolf/Paul Butterfield drummer Sam Lay and with Muddy Waters pianist Pinetop Perkins. He has since relocated to the Bay Area of California, and recently to Portland. His brand new CD, LIVE was released on the legendary Chicago label, Delmark Records, in August, 2019.

Says Johnny: "My thing has always been live music. Going to shows, booking shows, playing shows. Playing with the best musicians I could. More than anything, I loved the feeling of getting in the van and going. Even better, once I got there, I love the feeling of knockin’ em dead.

It’s been nearly 20 years since my last live CD. That one, More Real Folk Blues Live, was Chicago in every way, back when living in Chicago was like Christmas for me every day. It was the result of seeing and playing with great blues artists all the time-- artists like Eddie C. Campbell, Tail Dragger, Sam Lay, Eddie Taylor Jr., Jimmy Dawkins, Eddie Shaw, Little Arthur Duncan, Jimmy Burns, Big Smokey Smothers, L.V. Banks, Eddy Clearwater-- and many others. It was a recording borne of a long, self-imposed apprenticeship-- the kind musicians like me came to Chicago from all over the world to get. Although that apprenticeship ended some time ago, I have begun another journey that’s taken me from coast to coast in the US and all around the world, across Europe, to Russia, Japan and beyond.

Live recordings often just repeat well-worn songs played by well-oiled machines. This live session is the exact opposite. It offers twelve brand-new originals done by artists who don’t play together regularly, performed for a packed house of enthusiastic fans of course! We had just one night to nail it-- which made this recording a crazy, but thrilling, high wire act! The many miles and musical clairvoyance I’ve enjoyed with my road band of bassist Chris Matheos and drummer Steve Dougherty gave me the confidence for this do-or-die session.

I drew from the great Bay Area blues talent pool that lured me to the West Coast back in 2016. I count all my special guests as friends and knew their contributions would carry me through. Blues legend Charlie Musselwhite’s driving boogie-woogie harp on “California Blues” is an absolute highlight. The end result is a raw, fresh, and original all-star set of blues, shot through with live energy.

Chicago Blues sax legend Eddie Shaw once said, “It takes 20 years to make a bluesman.” Here I am, ready to play my blues for you." -Johnny Burgin