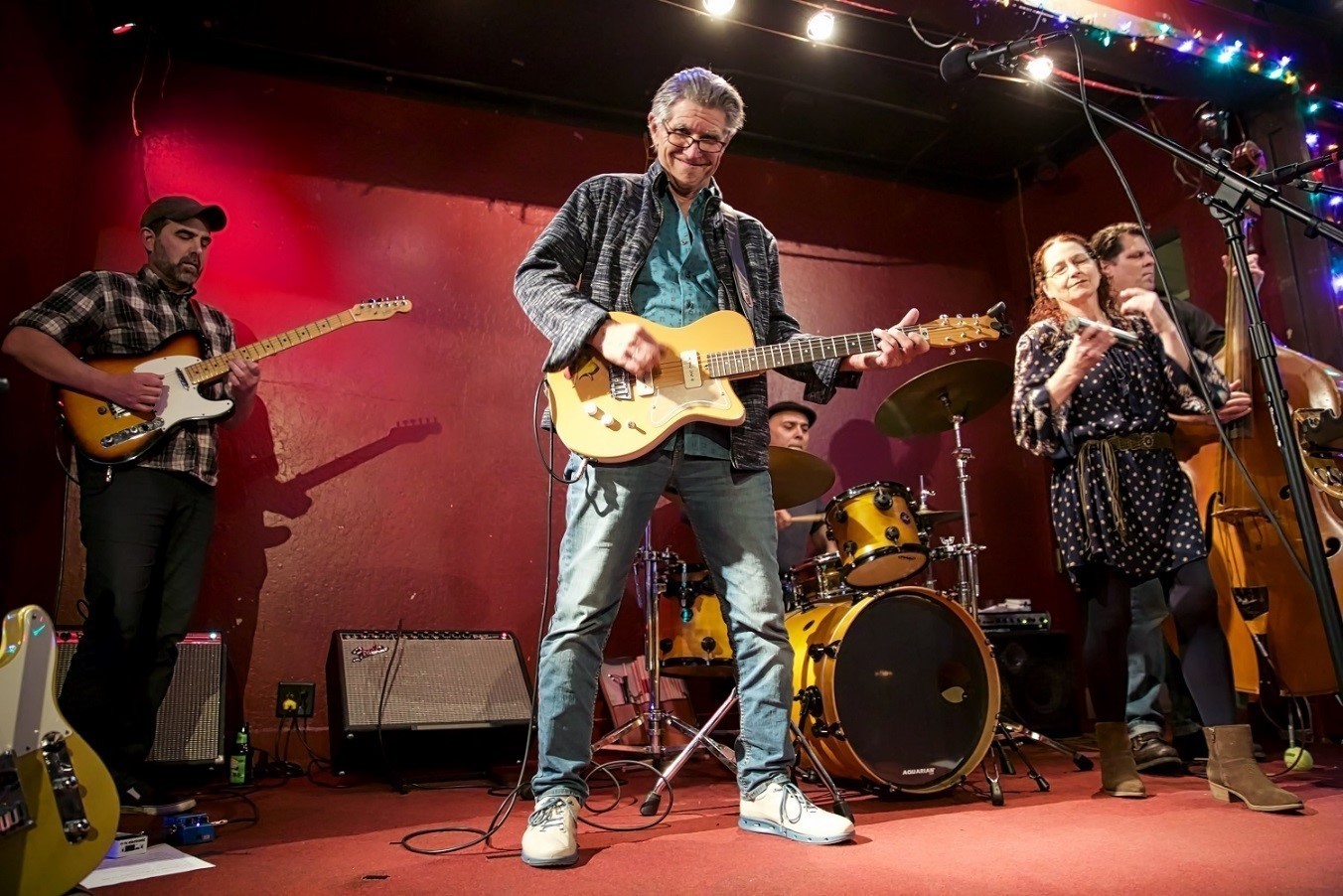 "Ray “Catfish” Copeland and his band are a rocking good time, putting their own stamp on roots music nuggets. They have excellent taste in picking covers and the range of material, John Prine to Lazy Lester and Bob Marley to Bob Dylan, speaks to their depth and fluidity. They make it all sound like their own.”
-Alan Paul, author of the New York Times best-seller , One Way Out: The Inside History of the Allman Brothers Band

The many rivers of song that flow through this stellar American roots music band just might be enough to finish off California’s drought. It surely brings rockabilly, rock and roll, blues,gospel, honky tonk and psychedelia together in a dazzling and powerful way. Ray “Catfish” Copeland’s got one boot in blues mud, one boot in a county creek. In this second album, Don’t Ever Take My Picture Down, “Catfish” and his seasoned band have built a choice follow-up to their 2015 debut, Got Love If You Want.

The band has carved an identifiable Americana sound and flow—hand sown and homegrown on the sunny front porch, in the back 40 swamp by way of Chuck Berry through Creedence Clearwater, to some swirling and gorgeous Clarence White country psychedelia ala The Byrds.

His playing path has always been constant--in the mid to late 70s he was in the 1st incarnation of Little Charlie and the Nightcats, then the Nate Shiner Blues Band and with Mark St. Mary's Zydeco Band. Ray toured in 1978 with blues piano legend Floyd Dixon. In 1980, he formed The Blue Flames along with Johnny "Guitar" Knox, and played during the glory years in seven Sacramento Blues Festivals. He also accompanied such blues luminaries as Big Mama Thornton, William Clarke, Luther Tucker, Little Joe Blue and Buddy Ace.

Catfish and the Crawdaddies then formed in 1995 and released three self-produced CDs between 1998-2007. His song "Crawdaddy, Crawdaddy" (from 2003’s Venus Blues), written about the Isleton Cajun & Blues Festival (then called the Crawdad Festival) received the “Song of the Year” Award from Blues Unlimited Magazine. Catfish and the Crawdaddies appeared at the Sacramento Music Festival the past 20 years and at all the Isleton Cajun & Blues Festival since 1999.

Singer Marilyn Woods started singing in the Pentecostal Church as a child, learning all the spirituals and popular music of the 30s and 40s from her grandmother and mother. Woods’ rich alto is yearning but confident. Her wise interpretations on both “For No One” the delicate Paul McCartney song and “What A Shame,” an early Rolling Stones song, make new womanly meanings possible. And on her wonderful duets with Catfish, (their country-gospel take on Skip James’ “I’m So Glad,” the mysterious Robert Petway’s “Catfish Blues”, Dylan’s “Maggie’s Farm,”) her tone colors are sometimes reminiscent of Nicolette Larson.

Steve Randall specializes in American roots music these days and is known as a Telecaster player doing country, blues, rock and swing--he even toured with a Tunisian band (still country music, just a different country.) He is truly Sacramento’s James Burton—his hybrid picking (rolling his fingers and using a pick at the same time) is fleet and complex, he never runs out of ideas. He's received multiple Sacramento Music Awards, including Hall of Fame notoriety and Critic's Choice Awards for Guitarist two years in a row. His influences are too numerous to mention, but he would say he ended up somewhere between “Richard Lloyd and Richard Thompson if they played a Tele thru a Vibrolux.” With a rock and rhythm solid, award-winning section of Larry Schiavone on drums and Greg Roberts on bass, their unique sound is complete.

The good time nature of the band surely fits a generation that now listens to classic rock radio, still has our old vinyl and regularly values friends, a good dance floor and a cold one.